A Shiite religious man, Abu Fatimha, who would only give a nickname for fear of reprisals against him, talks about his life at the Imam Aba Al Fa Thill Abbas Holy Shrine in Karbala, Iraq, Monday, July 21, 2003. ..He said in 1991 Saddam killed women and children in and near the shrine and bulldozed their bodies into mass graves. Doctors Without Borders has promised to help identify the 1000's of bones, but, they've had no luck in finishing the daunting task..."The people do not have the trust they had for America," he said."The American government says it catches Aziz, Chemical Ali and all these others but, never shows these criminals to us to prove it.'Why all the secrecy? It's like a play or movie from Hollywood."..He said their people do not want to be the rulers; they just want the freedom to speak their minds and not be attacked.. .Fatimha is one of several men whose job it is to administer, organize, secure, lead tours, make announcements, keep lost and found items safe, etc. at the Imam Hussein and Imam Aba Al Fa Thill Abbas Holy Shrines in Karbala who have not been paid for 3 months since the fall of Saddam Hussein...A shiite, he was in prison for 8 years for practicing his faith. He has helped to found a group for former prisoners. 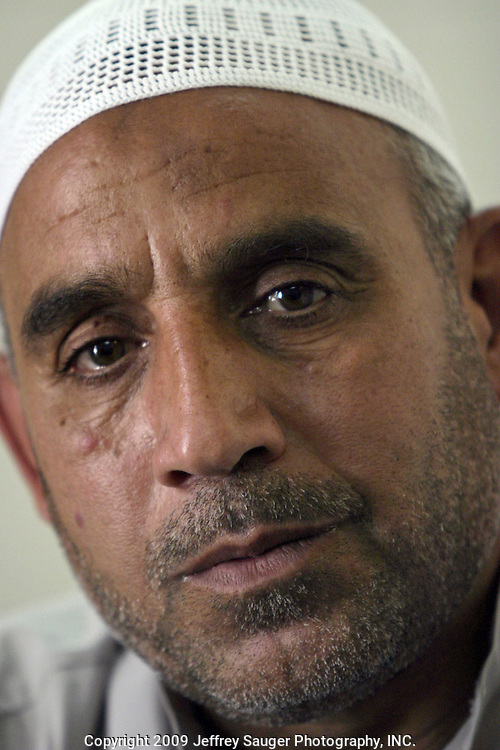