Emad Al-kasid, far left, meets with Shiite religious leaders as the men gather before prayer at the Howza of Ayotollah Shirazi the Iraqi area of Damascus, Syria, Wednesday, July 16, 2003. The men in white Amima, head covering, are sheiks and the man in black is a said. Sheiks are regular men who are educated in religious teachings while a said can trave his lineage to Prophet Mohammad. A Howza is like a seminary where men come to study. In this Shiite Howza, the philosophy of Ayotollah Shirazi is taught. As with all Shiite, advocacy of non-violence is the pre-eminent rule. Hundreds of thousands of Iraqi Shiite settled in Syria after the Gulf War and their uprising against Saddam Hussein in 1991. 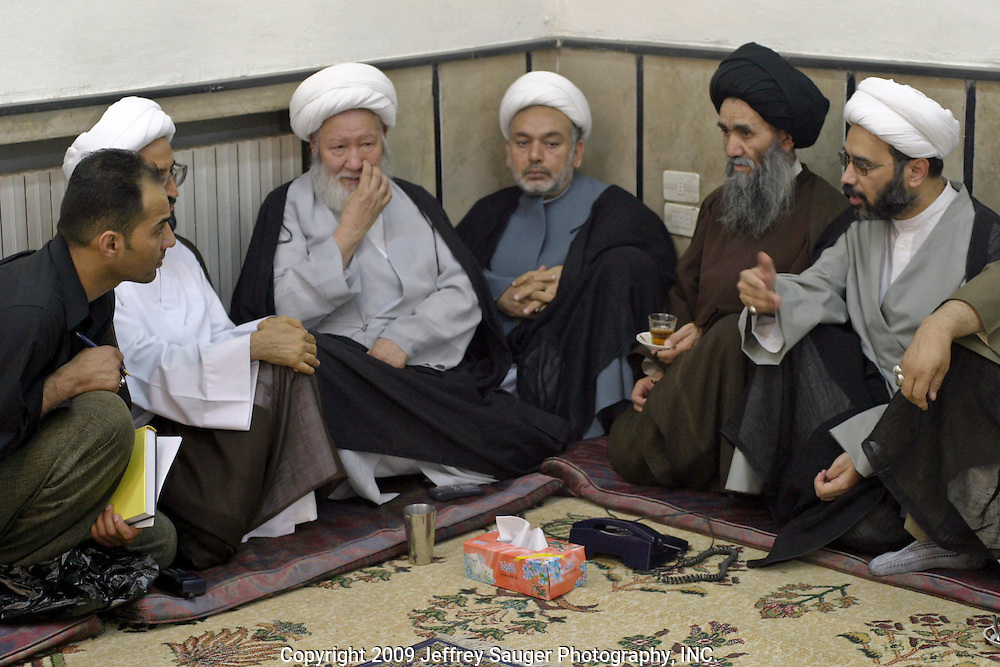