Protestors rally before marching to the City Council Building in Nassiriyah, Iraq, Monday, August 11, 2003. Approximately 3000 peaceful protestors marched on the building, where Coalition Provencial Authority instilled city council members were holed up, demanding they resign and the citizens have the right to elect their own leaders. Heavily armed Italian troops guarded the buiding as Italian helicopters flew overhead. After several hours of negotiations, the protestors said they would not leave until the resignations were complete. Apparently by the end of the day, the resignations finally came. 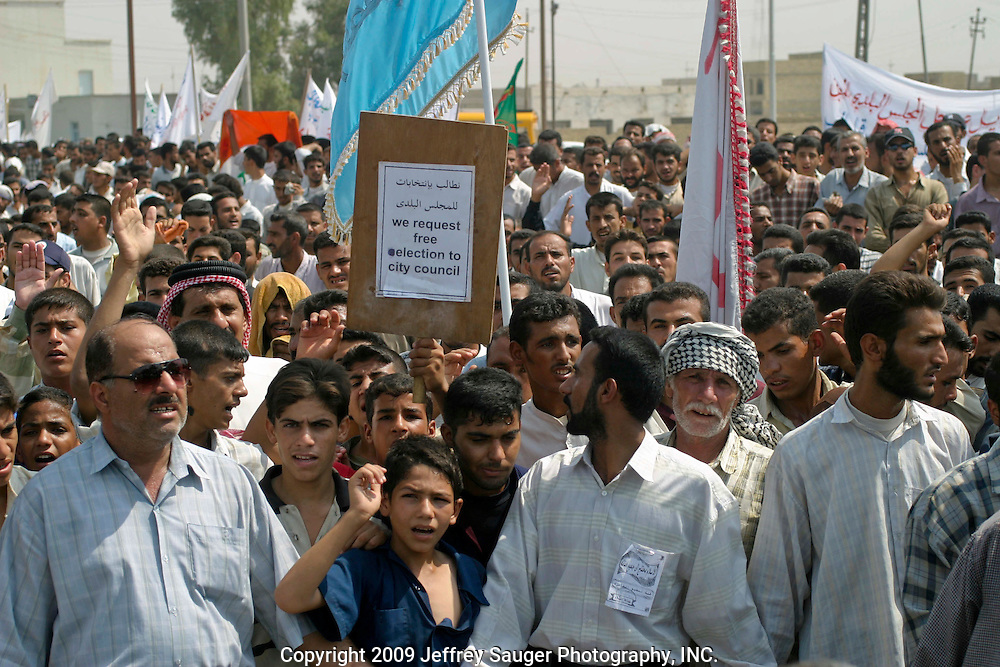