"Help me, help you," says Emad Al-Kasid as he talks to the young men and boys of his at the Al-Kasid family's Istikbal in their home village Suq ash Shuyukh, about 20 miles southeast of Nasiriyah, Iraq, Tuesday, July 29, 2003. ..Emad, 29, worked and scavenged for food by day and fought Saddam Hussein's forces by night during the 1991 uprising in the Shiite dominated Southern Iraq. In his village, he fiercely recruited other young men telling them they had to fight for their future. Now that he has been educated in the U.S., he wants to teach the youth of his village that there is hope for their future and their children's future but, they must tell people that they need help in order to get it. 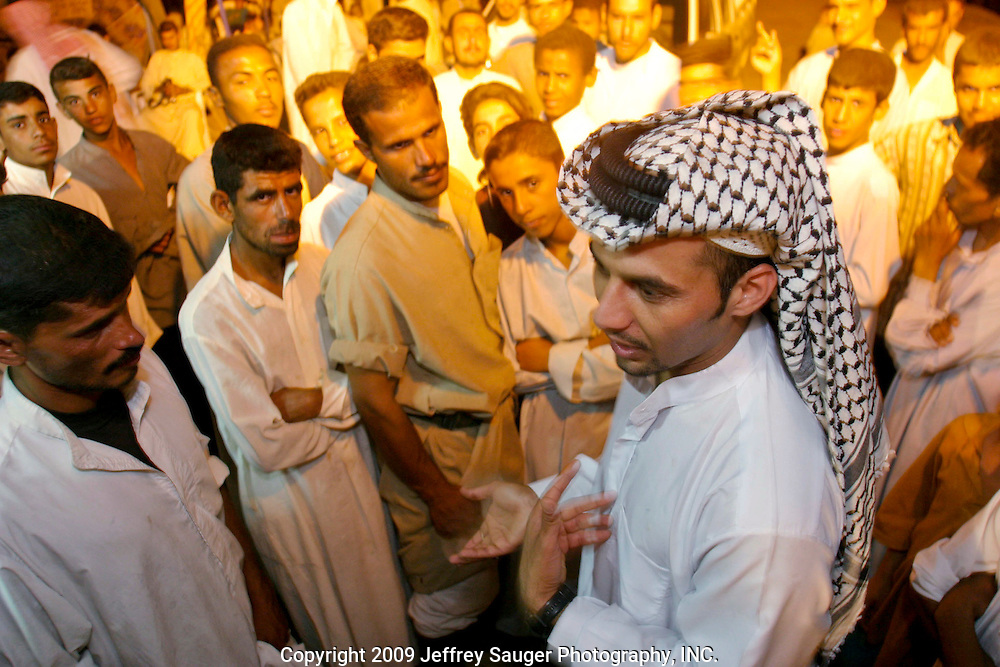