back to search results

BIDWELL, OHIO - November 1999: Bill Howard cuts corn into silage that will be used to feed the 100 head of cows he owns in Bidwell, Ohio, in November 1999. In 1969 Howard bought his farm and today he is the last African American dairy farmer in Gallia County, Ohio. With his son Andy and daughter Diane not in the farming business, this may be the last generation of the Howard family to farm. In 1997, the United States Census reported that there were only five dairy or cattle farms in Ohio operated by black and other non-caucasian races. (Photo by Jeffrey Sauger) 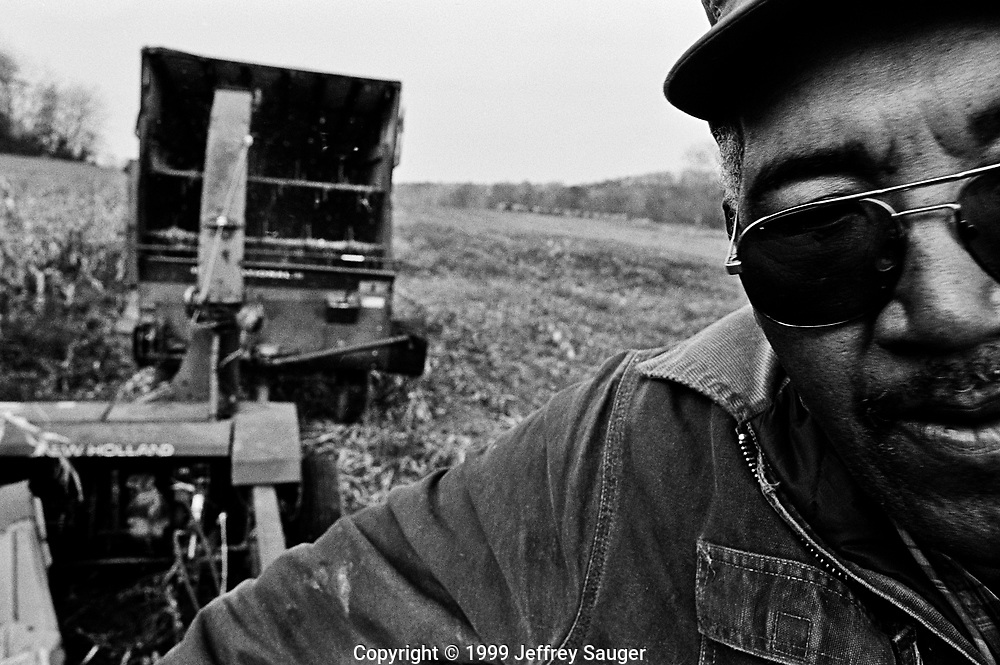