back to search results

BIDWELL, OHIO - October 1999: Bill Howard works in his milking barn at his farm in Bidwell, Ohio, in October 1999. With two milkings-a-day, Bill Howard spends a minimum of six-hours-a-day in rubber boots on the slippery concrete floor of his milking barn that is covered with cow waste. The 55-year-old former high school football star has high blood pressure, diabetes, arthritis in his hands, blood poisoning in his left foot and a bad knee from his football days. His doctor believes his leg was broken and he just kept playing football without knowing. "I'm just falling apart," He said. (Photo by Jeffrey Sauger) 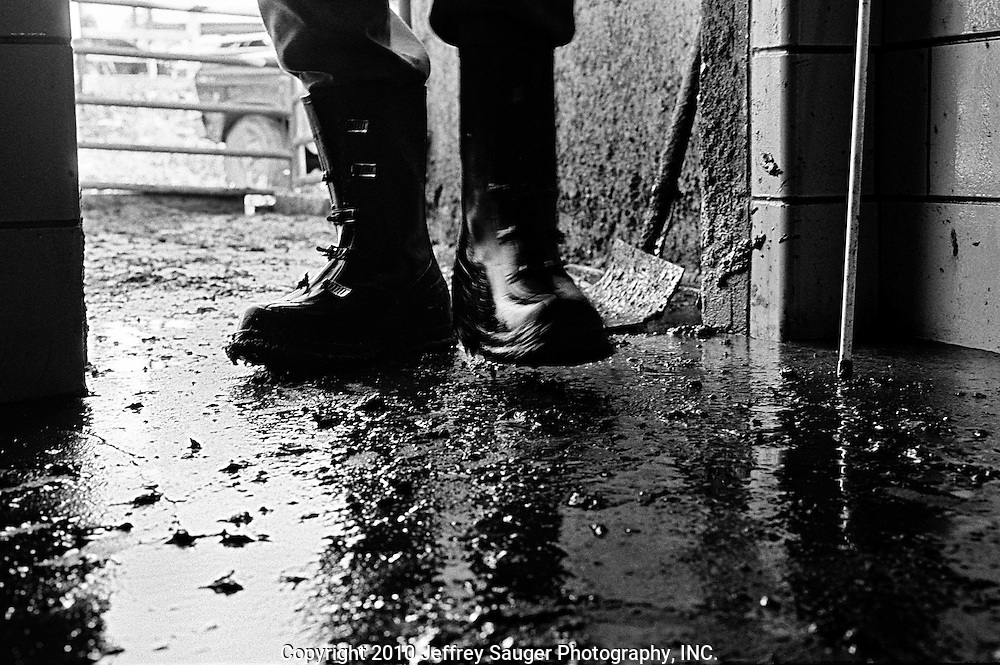